Do you have asphalt shingles on your roof that have been damaged from the wind? If so, you're likely wondering how to repair these damaged portions of your roof. Here are a few tips that can help you do it.

The first thing you will need to do is loosen the shingles that are adjacent to the damaged shingle. In most situations, this is going to be the shingles located to the left and right of the damaged section, as well as the shingles in the two rows above it. You can use a trowel to break apart the seal on the shingle by moving it back and forth along the edge.

Now the damaged shingle should slide right out from the roof by pulling on it. You shouldn't have to fight it, since if you did that means you missed a nail somewhere.

The new shingle should be easy to insert right where the old shingle was located. If you are having trouble, it's possible that there is a nail still in the roof that was never removed. As you slide the new shingle into place, know that there is some roofing tar along the bottom of the shingle that can stick to the surface of a hot roof. That's why you'll want to act quickly when inserting it so that the tar doesn't get on the roof's surface.

Secure The Shingle With Nails

You should now go back to all those nails you removed and put new nails into the roof to secure your new shingle in place. Make sure you use the right number of nails, since using fewer nails will cause the shingle to potentially suffer more damage. Try to lift the surrounding shingles as little as possible to avoid causing damage.

All of those seals that you broke along the roof will need to be resealed. You can do this by using roofing cement in a caulking gun and applying a thin strip of sealant where the old sealant was located. Make sure that the roof lays flat so that it forms a good seal. Look into roofing services near you for more information.

Read in about 3 Minutes 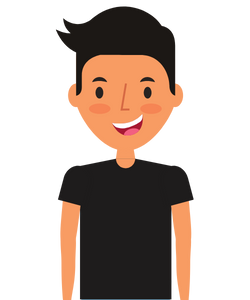 Putting roofs on home is surely a big part of a roofer's job. However, most roofers do more than this. They can fix roofs that have been damaged by hail, wind, and other weather. They can install skylights, replace roof flashing, and even install sewer vents in some cases. This job requires a lot of work, but it can be a really rewarding option for those who like creating things and working with their hands. If you're interested in becoming a roofer, then we encourage you to read this blog and learn more about roofers. All others are welcome to read here, too.